The largest dome in the world: how will the main mosque of Astana look like

THE MAIN MOSQUE IN ASTANA WILL BECOME THE LARGEST IN KAZAKHSTAN - BY ITS CAPACITY AND AREA IT WILL BE THREE TIMES BIGGER THAN THE LARGEST IN THE COUNTRY HAZRAT SULTAN MOSQUE, WRITES NUR.KZ. 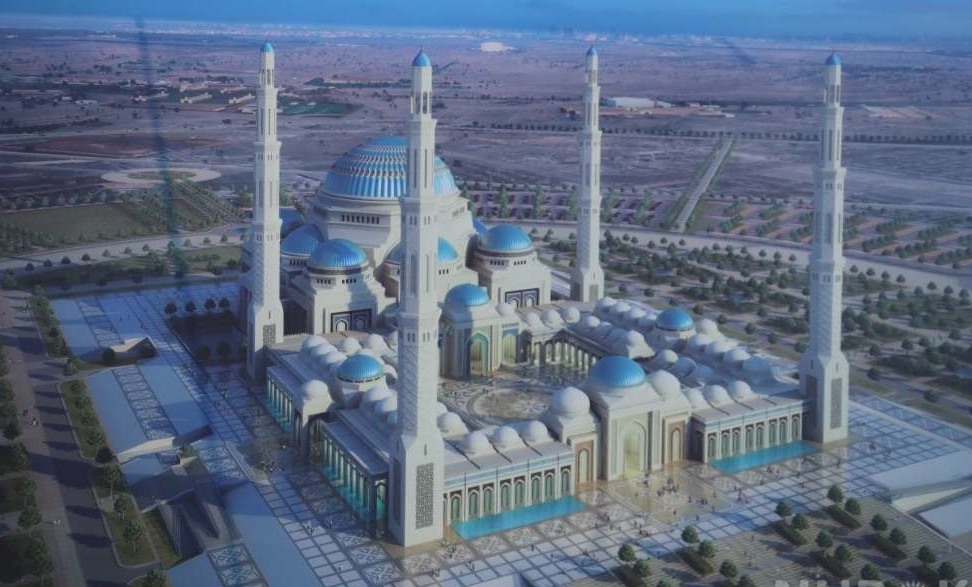 The new mosque will become the largest not only in Kazakhstan but in Central Asia.

The main mosque of Astana will occupy an area of 9.4 ha.

"Nursultan Nazarbayev laid the first foundation stone for mosque construction and kicked off construction of the unique mosque in Astana city.

The mosque is unique by its parameters and sizes - it is the largest in Central Asia and the CIS, it also enters the top ten in the world,” - informs Nurzhan Mynzhassarov, Astana 2020 Fund Executive Director.
It is planned to be built in 24 months.

The location is not far from the EXPO-2017 in the square of Kabanbai batyr, Manglik el avenues, and the 31st street.

Four minarets will be elevated over the mosque territory. Each is 130 meters high. It is almost twice higher than minarets of Hazret Sultan.

The diameter of the huge central dome will be 62 meters. It is reported, that there is no such dome in the world.

The mosque will also have open and closed parking spaces for more than 3,000 cars.

About 20 sponsors will sponsor the construction of the Main Mosque.

The Mosque will be constructed by the SEMBOL CONSTRUCTION Turkish company, famous by the construction of Hazret Sultan Mosque, Palace of Peace and Reconciliation, Khan Shatyr Shopping & Entertainment Center, and EXPO-2017.