ASTANA – The share of investments in manufacturing has increased almost three-fold since Kazakhstan initiated the state programme on industrialisation, reaching approximately 24 percent of foreign direct investments since 2006. The indicator was previously 8-8.5 percent, said Investment Committee Chairman Yerlan Khairov in an exclusive interview with The Astana Times. 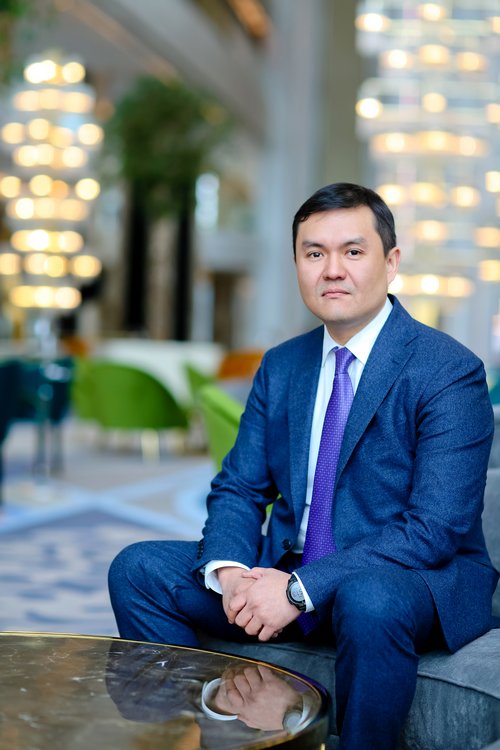 According to the official, the total volume of foreign investments was $264.4 billion from 2005-2017. “The investments grew more than 40 percent in 2016 compared to 2015. We annually attract about $20.8 billion and the indicator from 2017 showed the continuation of the same trend,” he explained.

Kazakhstan employs a three-tier cooperation system among state bodies at the external, central and regional levels.

“We have special advisors in 10 priority countries including China, Germany, Japan, Italy, Iran, France, South Korea, the U.S., the U.K. and Turkey. The committee closely cooperates with the foreign policy bodies. We hold joint events on a regular basis with the diplomatic corps located in Kazakhstan to discuss the mechanisms of interaction. We conduct business forums and seminars with the participation of the President, the head of our government and potential investors. We annually hold about 20 business forums in the country and worldwide,” he said.

Kazakh Invest national company was established last year, with departments operating in national companies, the ministry and other state bodies. The company formed special investor councils and has representatives in the regions.

The Council of Foreign Investors with the participation of the President is a key annual event. The country’s accelerated modernisation is the theme of its 31st meeting, to be held June 7.

“This year, we mark the 20th anniversary of the council. This is a unique opportunity to exchange opinions and ideas. We held forums, seminars and presentations during EXPO 2017. The unique expo site allowed us to show our developments and aspirations and to promote our investment potential. The Kazakh Invest office operated on the site,” said Khairov.

“We provide state in-kind grants for industrial facility and customs duty exemption while importing equipment. There are five priority areas including chemistry, petrochemicals, metallurgy, food production and machine industry. The preferences include property tax exemption up to eight years and land tax and corporate income tax exemption up to 10 years if the investment amount is more than $14 million. The employment of foreign labour is permitted for the construction period and one year after commissioning. We also offer refunds to cover the construction, equipment and installation work costs up to 30 percent,” he added.

Single window provides for securing all documents, from visas to subsoil use and investment contracts, at one site. Last year, it recorded more than 8,000 public services.

“There’s great interest from foreign investors in the logistics and the use of our transit potential. The growth of container shipments from China to Europe is annually growing by an average of 100 percent,” he said.

The Khorgos-Eastern Gate Special Economic Zone (SEZ) signed an agreement with the COSCO Shipping and Lianyungang port, which acquired a 49-percent share in Khorgos Getaway dry port. Transit revenue is predicted at $5 billion a year by 2020.

“We also attract investors to work in the field of the food industry, with further export to Chinese and Russian markets as part of the Eurasian Economic Union. Large projects in chemistry and petrochemistry are under consideration,” he said.

In 2017, the committee worked with the World Bank to develop and adopt the National Investment Strategy for 2018-2022, which identifies the mechanisms and roles of state authorities, national companies and regional administrations. The current investment legislation is available in English.

“We constantly conduct satisfaction surveys and ratings of existing investors. We should not just monitor; we must give a critical assessment of the activities,” he said.

“There are 11 SEZs with different specializations in Kazakhstan. We have over 170 projects and 13,000 workplaces have already been created. We expect about 100 new projects and 10,000 jobs by 2020. We expect significant projects at the Khimfarm Taraz, Pavlodar and major gas processing projects in Atyrau. We submitted the draft law on SEZ to introduce the single window to the Mazhilis (lower house of Parliament) to simplify the procedures,” said Khairov.

Kazakhstan joined the Organisation for Economic Cooperation and Development (OECD) declaration on international investment and new national enterprises and the OECD Investment Committee invited the country as an associate member in 2017.

“We carried out a number of analyses for over five years. We now have an investment board under the Supreme Court. We have a visa-free regime with around 60 countries. We considerably simplified migration procedures. The customs and tax administration are also being simplified. We strengthened the protection of intellectual property. We plan to hold the Kazakh Invest forum, a platform for potential investors during the celebration of the 20th anniversary of the capital in July,” he added.