Zh. Kassymbek: New mortgage program "7-20-25" to give a huge impetus to providing citizens with affordable housing

Implementation of the first of the five social initiatives put forward yesterday by the Head of State at the joint meeting of the chambers of the Parliament will give a tangible impetus to the development of the mortgage market in the country, the construction sector, and the increase in the share of Kazakh content in housing construction. This was announced today at the briefing in the press center of the Government by the Minister for Investments and Development, Zhenis Kassymbek. 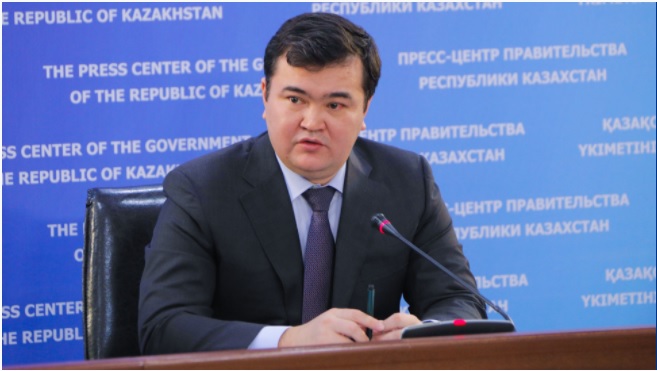 According to the Minister, the First Initiative of the Head of State "New Opportunities for Acquiring Housing for Each Family" will become another effective tool for purchasing affordable housing for the population.
For this purpose, the National Bank will develop a new mortgage program "7-20-25" with the creation of a special organization. The main conditions, according to the instructions of the President of the country, will be: the interest rate on the loan should not exceed 7% per year, the initial contribution is not more than 20%, the loan term is up to 25 years.
"This will give a huge impetus to providing citizens with affordable housing. In addition, a new impetus will be given to the entire construction sector. Thanks to Nurly Zher state program, Kazakhstan's content in housing construction is 84%. New initiatives of the Head of State will allow to increase this indicator even more, give a big impetus to the whole industry," Zhenis Kassymbek said, answering journalists' questions.
As for concerns about the hype surrounding the new mortgage lending program, then, according to the minister, there will not be any hype.
"Prime Minister Bakytzhan Sagintayev today at a Government meeting instructed to develop a roadmap jointly with other interested bodies and the National Bank in a week. We will develop concrete mechanisms for the implementation of these instructions and in a week we will be ready to talk about them specifically," Zhenis Kassymbek summarized.
www.primeminister.kz
Get E-invitation Book a stand