President Nursultan Nazarbayev addressed a joint session of the Chambers of Parliament, where he listed five initiatives for social modernization. The fifth initiative was aimed at further gasification of the country. Ziyash Kiyakbayev, Director of Gas Industry Development Department of the Ministry of Energy, told in an exclusive interview to Primeminister.kz how the work on execution of instructions will be conducted and which regions will be gasified in the near future. 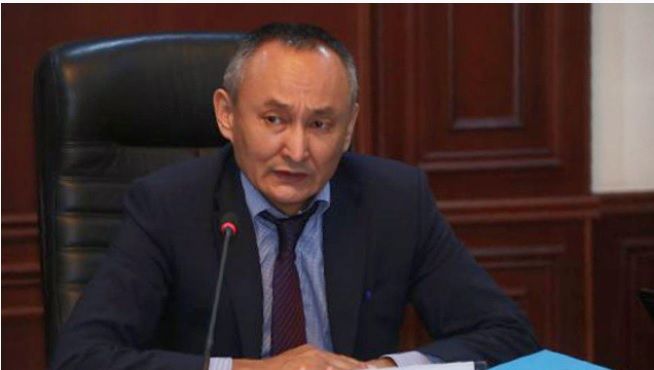 — The Head of State, during the meeting of joint chambers, instructed to conduct gasification of the northern region in one year or a year and a half. At what stage are the projects being implemented?
— In order to gasify Astana, the central and northern regions of the country, the National Operator for Gas and Gas Supply of KazTransGas JSC developed a feasibility study of the project "Construction of the Saryarka gas main pipeline, which received a positive conclusion from the State Expertise.
At present, KazTransGas JSC is developing design and estimate documentation, which, with the passing of state expertise, is expected to be launched in June 2018.
— Earlier it was reported that the construction of the gasification of Astana will be started at the expense of borrowed funds of the EBRD. Has the project completed all the necessary procedures to start implementation?
— Currently, a working group is being established with the participation of interested state bodies and organizations to work out issues related to the implementation of the first stage of this project, including the terms and scheme of financing by raising funds from international financial institutions such as the EBRD, EDB, as well as DBK and other sources.
It is planned to resolve financing issues until June of this year and to conduct a solemn ceremony of welding the first joint of the main gas pipeline in early July of this year.
— What are the real terms of the gas pipeline construction?
— After the start of the project financing according to the information of the National operator in the field of gas and gas supply of KazTransGas JSC, the first stage of the main gas pipeline along the Kyzylorda - Zhezkazgan - Karaganda - Temirtau – Astana route is expected to be realized within one year.
— What is the approximate cost of the project?
— The cost of the first stage of the Saryarka gas pipeline is 267.3 billion tenge.
— How will the gasification affect the ecology of Astana?
— The implementation of the Project will bring socio-economic effects for Astana from coal replacement, which are annually burned on hot-water boilers of CHPP-1,2,3. The effect of the reduction will be 36.1 thousand tons of pollutant emissions (sulfur dioxide, carbon monoxide, nitrogen dioxide, nitrogen oxide, solid particles) per year. It is also expected that the population will positively accept the use of natural gas instead of coal, since the use of gas as fuel is less labor-intensive and more comfortable.
www.primeminister.kz
Get E-invitation Book a stand